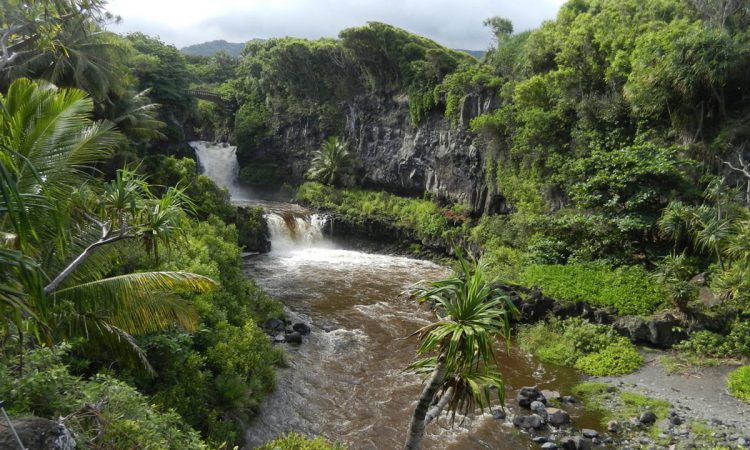 Hawaii is home to six national parks promoting the beauty and history of the islands.  From Oahu to the Big Island to Maui and Kauai, each island has a distinct national park for you to explore.  Take a look at our quick guide to find out more about what each park has to offer. 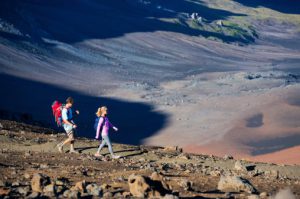 Haleakala stretches across east Maui and is divided into two districts – the Summit and the Kipahulu District – both of which feature a range of environments.  Head up to the Summit to see the top of Haleakala Crater, which at its peak, rises over 10,000 feet above sea level.  Sunrises at Haleakala are famous for their breathtaking beauty.  At the Kipahulu District, which is past Hana, you can explore the Oheo Gulch Pools and hike Pipiwai Trail to the stunning Waimoku Falls. 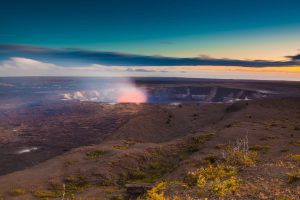 Home to Kilauea Volcano, one of the most active volcanoes on Earth, Hawaii Volcanoes National Park is an awe-inspiring place to visit.  Listed as both a World Heritage Site and an International Biosphere Preserve, the park features splendid native rainforest, lava tube, remarkable volcanic formations, steam vents and you can even see Kilauea’s blistering lava flows meet the sea.  It’s quite the sight! Reserve a Hawaii Volcanoes Tour to see this attraction up close. 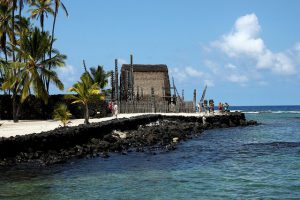 This national park is one of Hawaii’s most sacred and historic places.  During a visit here you will be immersed in Hawaiian culture.  Once the home of royal grounds and a place of refuge for ancient Hawaiian lawbreakers, you can go on a walking tour to discover the Great Wall, Kii (wooden images of gods), Hale o Keawe Heiau (a sacred temple), as well as the nearby royal grounds.  At the Royal Grounds, which were the sacred home of alii, you’ll see sites like the favorite resting place of the High Chief of Kona and the Royal Canoe Landing. 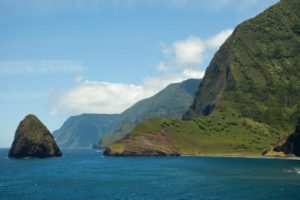 If you journey over to Molokai, spend some time at this historical park.  The area was once home to Belgian missionary Saint Damien, who aided victims of Hansen’s Disease who were exiled to the island.  You have to hike or horseback ride to access Kalaupapa, which is remote and unsettled.  Its pristine natural setting, however, lets you surround yourself in a secluded splendor. The 34-acre recreation area offers winding trails among eucalyptus and ironwood trees as well as breathtaking views of Molokai’s north coast. 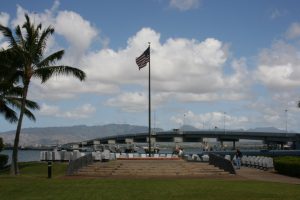 A somber and reflective journey awaits you at the Pearl Harbor National Park.  There are five historic sites honoring the events occurring at this National Historic Landmark – USS Arizona Memorial, Battleship Missouri Memorial, USS Oklahoma Memorial, Pacific Aviation Museum, and the USS Bowfin Submarine Museum and Park.  Pearl Harbor is the largest natural harbor in Hawaii, a World War II Valor in the Pacific National Monument and the only naval base in the United States to be designated a National Historical Landmark.  Pay your respects the courageous men who lost their lives during the Pearl Harbor attack while you visit this historical monument. 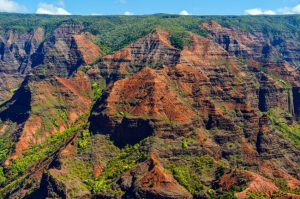 Waimea Canyon is technically a state park but it is home to Waimea Canyon, which is surely a national treasure.  Waimea Canyon is a 3,500-foot deep natural wonder nicknamed the “Grand Canyon of the Pacific.”  Visit this park early, before any clouds set in, to see the ridges and valleys of the canyon. Painted deep reds, burnt oranges and vibrant greens, the rays of the sun play with the colors of the canyon, changing them throughout the day.