Why Fall in NYC is The Best Time of Year

After the hot and sticky summer, you can actually feel the city come back to life. The energy, the excitement—it all makes fall in NYC one of the best times of year to visit.

These activities are just a few of the reasons why autumn in New York City is truly spectacular. 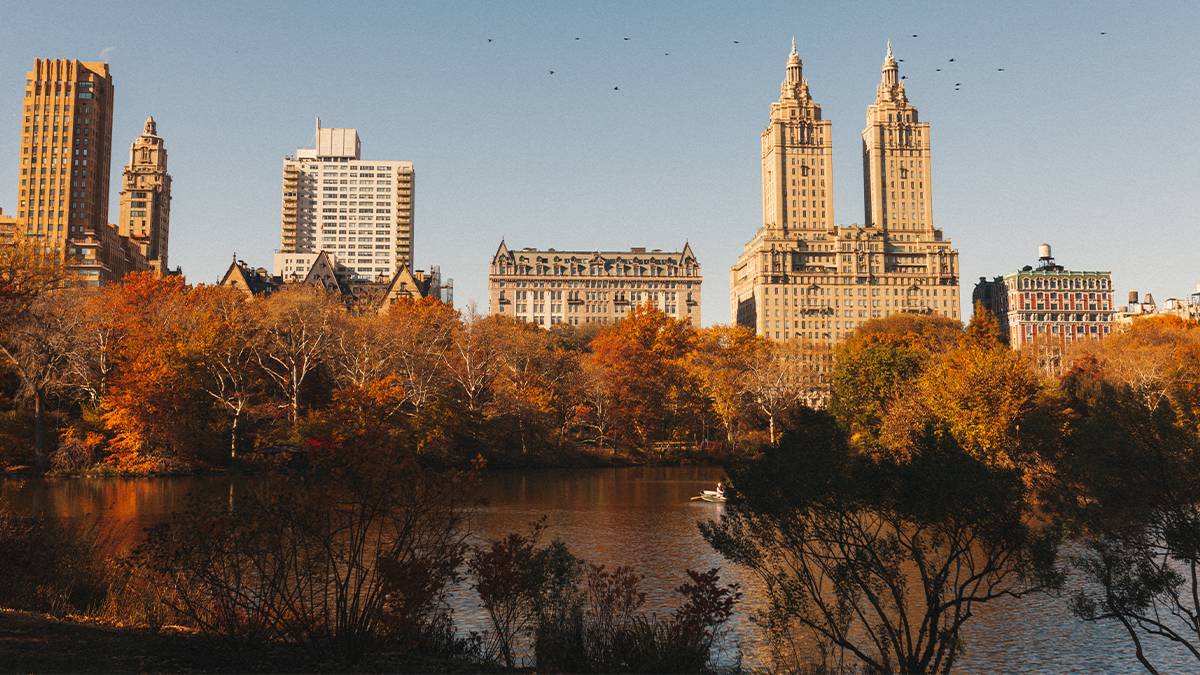 Fall in Central Park is an experience unlike any other.

Central Park is the jewel of New York City, adding a natural oasis to this urban paradise. It’s made even better when Mother Nature's paint brush highlights trees with bright oranges, reds and yellow. While at Central Park, you can take advantage of guided walking and biking tours. Conversely, you can simply stroll through the over 800-acres on your own or rent a row boat for a scenic tour.

Whatever kind of sports fan you are, you're covered during fall in NYC. Many times the Yankees and Mets are in the MLB playoffs, while the Knicks and Nets are starting their NBA season. In addition, the Giants and Jets are in the middle of a new NFL season. You can't forget about the New York Rangers, either, who are slicing the ice in the NHL as their season ramps up, too.

During fall in NYC, there's no shortage of festivals and events to attend. From September through November, here's a quick list of what's happening.

NYC Craft Beer Festival: November 3-4, 2017
Sample drinks from over 75 breweries, including ciders and meads. New for this year, is the inclusion of spirits.

Macy's Thanksgiving Parade: November 23, 2017
The 90th annual parade, with marching bands, celebrities, larger-than-life balloons, and so much more is a can't miss.

For even more NYC events, browse our calendar of events.

Get Spooky this Halloween

The Great Jack O’Lantern Blaze: September 29-October 25, 2017
This Halloween attraction features over 7,000 glowing pumpkins. On top of this eerie scene, you can visit the Pumpkin Planetarium, see flying ghosts and Sleepy Hollow’s Headless Horseman. With a location at Van Cortlandt Manor, you'll need to take the Hudson Line north 50 minutes. But, the trip is worth it! Tickets sell out every night, so purchase in advance.

New York's Haunted Hayride: 2017 Dates TBD
This attracton is not for the faint of heart. A location on Randall's Island secludes you from the rest of New York. Which makes the three new experiences: House of Shadows, Purgatory Haunted Village and Theater Macabre even that much more disturbing. Try to get away--Rikers Island is just a short swim away!

Brooklyn Horror Film Festival: October 12-15, 2017
Fans of horror films gather at this yearly festival, dedicated to the most terrifying movies ever made.

BangOn!NYC: Warehouse of Horrors: October 28, 2017
Held in a Williamsburg Warehouse, this 21+ Halloween party features freaky performers, horrifying art, a flesh-suspension zip line show, a haunted house and so much more.

Village Halloween Parade: October 31, 2017
As the premier Halloween Parade in NYC, this is hands-down one of the best Halloween parades anywhere. Over 50,000 costumed patrons roam the streets, wearing anything from zombie gear to pop culture get-ups. The parade runs up Sixth Ave from Spring St to 16th St in Manhattan, from 7-11pm.

Go Sightseeing this Fall in NYC

It's hard to think of a better time to sight see than fall in NYC. The weather is perfect, and the city is bustling with activity and beauty. Here are some top ways to to explore this fall.

Take the ferry to Governor's Island: Aboard the ferry, you'll be rewarded with exceptional views of the New York City skyline.  All for only $2 round trip.

Walk the High Line: The High Line is the perfect place to stargaze during fall in NYC. Every Tuesday in October free high-powered telescopes are set up to showcase those starry, starry nights. Alternatively, the High Line is a great place to stroll during the day. You can people watch and gain a unique vantage point of the city sights.

Visit the Brooklyn Botanical Garden: This natural attraction pretty much rules any time of year. However, it's made even more amazing with the addition of vibrant fall foliage.

Go on a Bike Ride: One of the best ways to see the city isn't by foot--it's by bike! As previously mentioned you can cruise through Central Park. But, another gem is the Hudson River Park Greenway. The 11-mile route cuts through four parks, and includes endless views of the Hudson River. 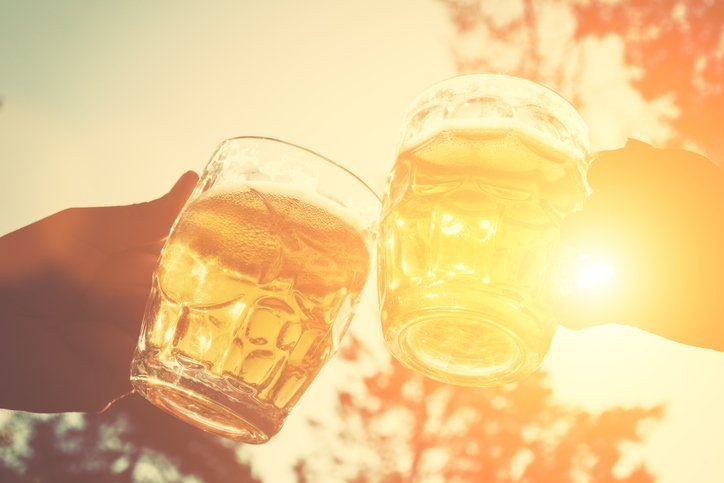 Let's face it, beer and fall--especially October--go hand-in-hand. So, this Fall in NYC be sure take advantage of the many opportunities to put a beer in your hand. Some of the best places to go in NYC are listed below.

There's no question NYC rooftop bars are hot spots for both locals and visitors. During fall in NYC, everyone hits up the city's rooftops. It's the last chance to enjoy the scene before the winter chill sets in. Below are the best places to lounge with epic skyline views.

Top of the Strand: The main attraction here are unobstructed view of the Empire State Building, not too mention glitzy Fifth Avenue.

The Press Lounge: This modern lounge boasts 360-degree city views and sunsets over the Hudson River. Found in Hell's Kitchen, it caters to the classy crowd. No sloppy drunks allowed!

Le Bain at The Standard, High Line: The epic panoramic views of the Manhattan skyline and Jersey City bring the masses, while the endless pitchers of beer keep them happy.

PH-D Rooftop Lounge, Dream Dowtown: If you're looking for serious views of iconic NYC skyscrapers, the Dream Downtown in Chelsea will not disappoint.

Rooftop at Park South: For a rooftop experience that's low on swank, head to Park South. It's not as pretentious as other rooftop lounges, and has fantastic views of the Chrysler Building.

It's Easy to See Why Fall in NYC is the Best

Experience fall in NYC this season to discover more about this vibrant city. It's contrast of concrete and colorful landscapes is teeming with possibilities.

Be sure to book your entire vacation with Tripster New York City, where you can add discount tickets to the best NYC attractions and score deals on places to stay.