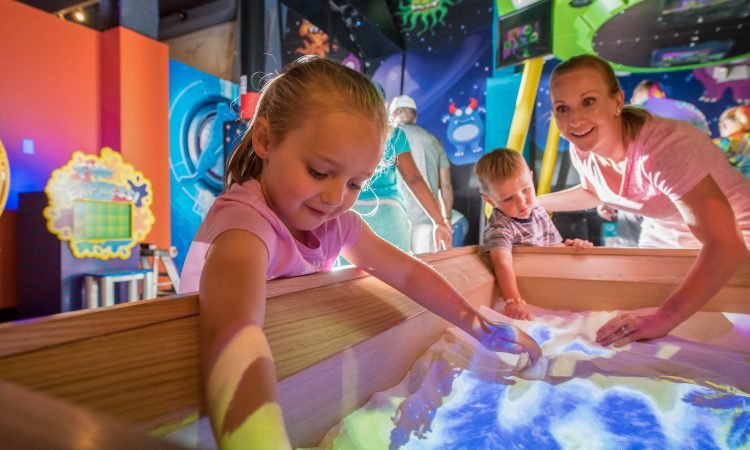 Planning a vacation to Branson, Missouri in 2020? If so, you’re probably curious about what’s new in Branson. As always, there’s a lot happening in this Ozark Mountain town. From debut shows to exciting new attractions and festivals, these experiences are guaranteed to make your vacation in Branson even better!

WonderWorks, an interactive attraction with a focus on education and entertainment, is set to open Spring 2020 at the former location of the Baldknobbers Theater. The popular attraction will offer more than 100 interactive exhibits and activities that inspire imagination, logic, and creativity, and include a glow-in-the-dark indoor ropes course, a laser tag arena, and more. WonderWorks also has locations in Pigeon Forge, TN; Orlando, FL; Syracuse, NY; Myrtle Beach, SC; and Panama City, FL.

In 2020, Silver Dollar City will make a historic splash with its all-new attraction—Mystic River Falls. The opening of this new water ride, featuring the “Tallest Drop in the Western Hemisphere,” coincides with the park’s 60th Anniversary Diamond Jubilee Celebration.

Mystic River Falls, which replaces the Lost River, will cruise on a nearly half-mile trek before ascending an eight-story lift. Then, it plummets down a four and a half story waterfall! It’s sure to be a total rush. The new attraction will also have a highly themed new area to explore which will feature a new dining experience for guests.

Aquarium on the Boardwalk

Branson welcomes its first aquarium attraction in Summer 2020. Aquarium at the Boardwalk, which has a location at the site of the former Grand Palace theater, will take visitors on a journey through the oceans of the world. Those of all ages will enjoy this experience featuring close-up views of coral reefs, colorful fish, sharks, and so much more.

In addition, guests can explore a Jelly Fish Infinity Room, Amazing Rays Tank and Mermaid Palace. Of course, as this attraction is geared towards family fun, there are also interactive activities to enjoy like a Touch Pool.

The 46,000-square-foot aquarium will be full of amazing sights. But, the exterior of the building is sure to be an iconic Branson sight too. Its design includes a larger-than-life giant Pacific octopus. As a result, this attraction is sure to be a Bransons standout!

Through the creation of Payne’s Valley, Tiger Woods and Big Cedar Lodge will offer a course where players of all skill levels will be able to enjoy the game with each other in the beautiful Ozark Mountain landscape. 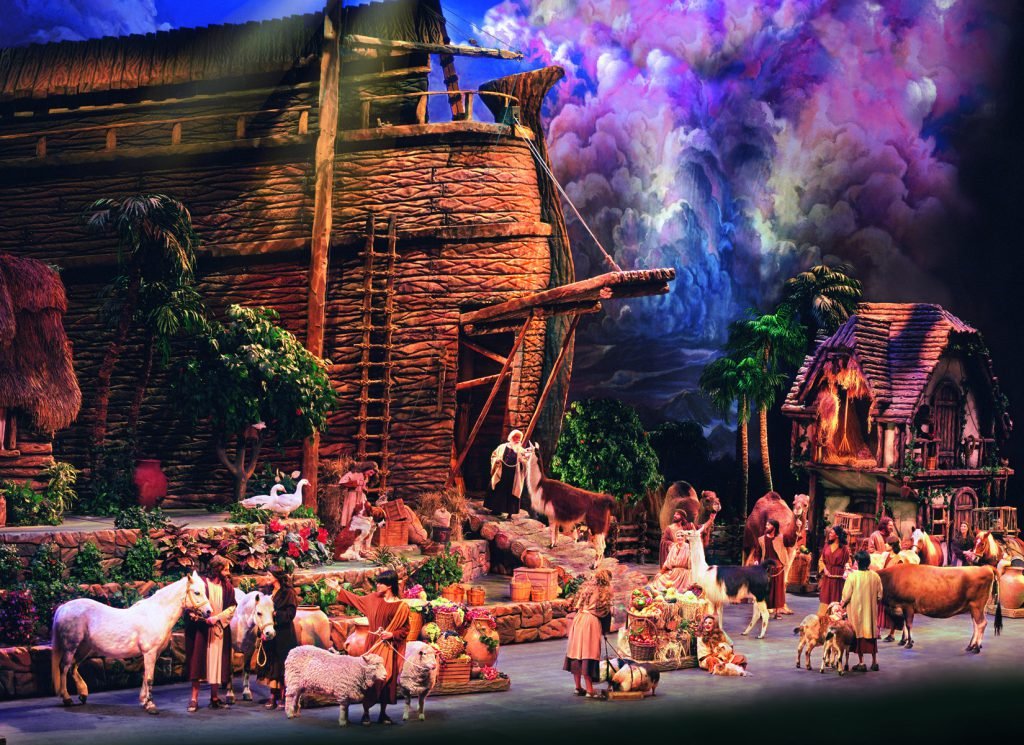 You know what they say, “Everything old is new again.” This phrase rings especially true at Sight & Sound Theatres which is bringing back their popular Noah show for one season only in Branson. This amazing production takes show-goers on a journey of epic proportions as they join Noah and set sail on an enormous ark. Watch as this story comes to life, complete with live animals!

Chef Restaurateur and Emmy Award-winning television personality Guy Fieri is opening a new restaurant in Branson in 2020. The nearly 8,000-square-foot kitchen and bar will showcase Fieri’s signature, bold flavors for which he is famous. Menu items will include Trash Can Nachos, Bacon Mac N Cheese Burger, Bourbon Brown Sugar BBQ Wings, and desserts like the Pretzel and Potato Chip Covered Marbled Cheesecake. In addition, Guy Fieri’s Branson Kitchen + Bar will feature a full premium bar. Of course, as this restaurant is located at the Branson Landing, it will also offer fantastic views of Lake Taneycomo.

The announcement was made via a press release from FACE Hospitality, a subsidiary of FACE Amusement Group, which already operates attractions at the Branson Landing such as Mirror Maize and Arcade City Attractions.

In case you missed it, the following attractions were new in Branson in 2019.

Reuben’s Swashbuckling Adventure: Running throughout Star-Spangled Summer and Moonlight Madness, this all-new original stage show from Silver Dollar City’s award-winning producers will take your family on a magical journey of discovery and dreams.

Pumpkin Nights: This all-new event will feature thousands of illuminated pumpkins and non-frightful fun for the entire family! Stroll down Valley Road to discover the new Pumpkin Pathway that leads to the Grand Exposition where the entire area has been transformed and expanded for a Pumpkin Party! De-LIGHT in exploring the new Woodland Hike or dance with your family in the Pumpkin Plaza. And, enjoy fun fall activities like face painting, blacklight photo spots, pumpkin-flavored goodies and more!

Cirque Élioze Lumberjacks Show: Get ready for an internationally-acclaimed musical acrobatic adventure set in the 1880s, which will premiere during Harvest Festival Craft Days. Plus, The Home of American Craftsmanship welcomes a selection of new artisans to demonstrate their work each and every week during the festival.

The tabloid known for its sensational headlines is getting its own attraction in Branson. Beyond the Lens, which is located at the old Starlite Theater location, will feature interactive exhibits dealing with everything from celebrity gossip to psychic predictions. Visitors can learn about the magazine’s history as well as how to craft their own social media-worthy tabloid headline.

In late 2019, Big Air Trampoline Park opened in Branson. This one-of-a-kind jump park features over 65 fun attractions including Dodgeball, a Mechanical Bull, Battle Beam®, Ninja Warrior Course, and many more activities. There’s even an area designed just for toddlers! As a result, Big Air has quickly become one of the most popular places for families to play in Branson.

Shepherd of the Hills Adventure Park

In 2019, Shepherd of the Hills expanded its offerings to include not only a classic outdoor drama but thrilling adventures too! Families who visit the park can experience ATV rids, rock climbing, a petting farm, fishing pond, ropes course, Vigilante Extreme ZipRider, Inspiration Tower, and more.

Paula Deen, famous for her delicious homestyle southern cooking, is opening a massive 15,000+ square-feet restaurant in Branson, MO. It will be located at the north end of the Branson Landing, near the Belk Department Store. Paula Deen’s Family Kitchen will offer picturesque lakeside views as well as a menu featuring Deen’s special family recipes. In addition, the restaurant will have over 3,000 square feet of retail space featuring items hand-selected by Den to reflect her own unique tastes.

Jimmy Buffet’s Landshark Bar & Grill will also open at Branson Landing in 2019. It replaces Texas Land & Cattle in the Town Square part of the shopping and dining complex. LandShark takes its inspiration from the great “beach joints” that once dotted the Atlantic coast. The menu is American beach food with a fresh coastal twist.

Finally—the Branson Landing is home to a pizza place! Mellow Mushroom serves up fresh, stone-baked pizza in an eclectic, art-filled environment. The restaurant has an extensive craft beer menu but it’s also totally family-friendly! Stop by to try a delicious pie on your next trip to Branson.

As you can see, when it comes to what’s new in Branson, vacationers can look forward to a little bit of everything. Which new attraction, show, or festival are you most excited about? Let us know in the comments!