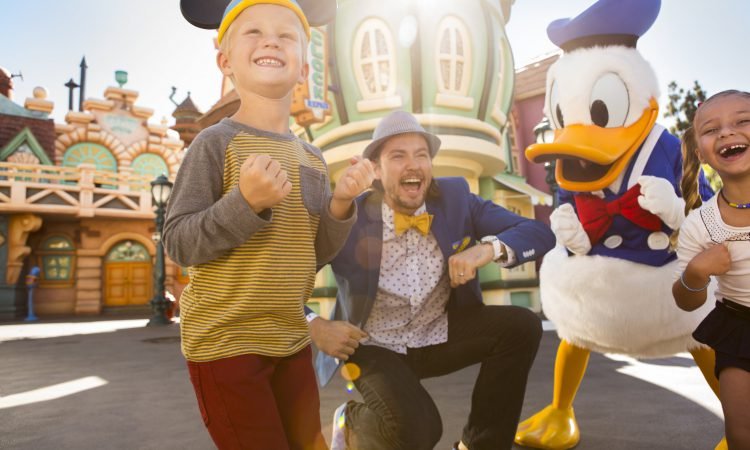 Congratulations! You’re visiting the “Happiest Place on Earth” in 2019! As such, you’re probably curious about the events and festivals happening during your visit. You may even want to select your travel dates according to what’s happening at the park. With that in mind, we’ve compiled the full schedule of Disneyland special events. Discover all of the fun (and mostly free!) year-round events below. 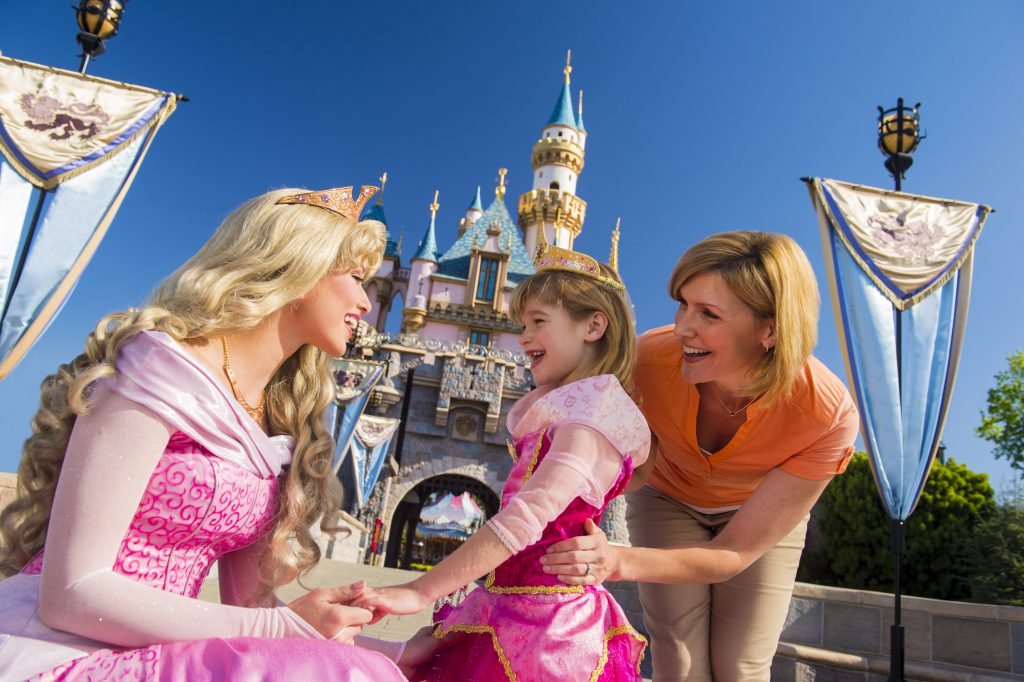 Get Your Ears On
Begins January 18

One of the most anticipated Disneyland special events is “Get Your Ears On.” At this event, celebrate 90 years of magic with everyone’s favorite couple—Mickey and Minnie Mouse! During this celebration, there will be a park-wide dance party, “Mickey’s Mix Magic,” with music, lasers, and occasionally fireworks. In addition, “Mickey’s Soundsational Parade” returns January 25 featuring Mickey on an all-new float. Stay tuned for even more “Get Your Ears On” celebratory magic!

Celebrate the season of love at Disneyland! During Valentine’s Month, the park will feature new decorations, including Mickey-inspired floral arrangements, as well as a new scavenger hunt throughout Disneyland for hidden valentines.

During the Lunar New Year celebration, Disney’s California Adventure pays tribute to Asian cultures with special live performers, delicious food, and a chance to meet some of your favorite Disney characters. The Three Little Pigs even join Mulan’s New Year Procession to showcase the Year of the Pig!

Sweethearts can toast to their love at this special after-hours Disney event featuring love song-themed parties, a Royal Ball, and classic Disney couples. Tickets are $99/person.

Special activities, photo ops and more are planned at California Adventure to celebrate the 25th anniversary of the Anaheim Ducks hockey team.

Southern California gospel choirs descend on Disneyland for this annual concert with performances held throughout the day at Hollywood Land.

Have you always dreamed of getting married at Disneyland? If so, discover all there is to know about Disney weddings at this showcase. Meet with wedding experts from Disneyland Resort and start planning your day! Located at the Disneyland Hotel from 2-4pm, the cost is $35/per person and does require pre-registration.

Pay homage to everything ‘90s at this special Disneyland After Dark event featuring fireworks, entertainment and classic Disney characters from the ‘90s. Tickets are $99/per person.

Another of the highly anticipated Disneyland special events is the Food & Wine Festival at California Adventure. During the event, the best of California cuisine is highlighted. In addition, the Festival Marketplace offers guests the chance to wine and dine on various different cuisines and delicacies. That’s not all, though. The festival also features culinary demonstrations, celebrity chef appearances, seminars, and so much more!

Each year during Easter, Disneyland hosts Egg-Stravaganza. During the event, you can purchase a special map and stickers book to hunt eggs throughout Disneyland Resort. Once you’re done with the hunt, turn in your map for a special prize! 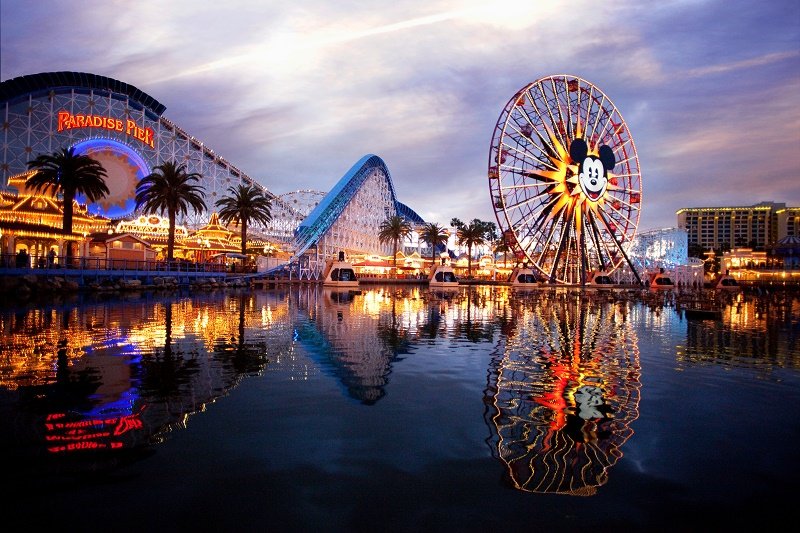 This unofficial event invites guests to wear their Sunday-best to Disneyland for an upscale escape to the happiest place on earth!

Another unofficial event occurs in May—Bat Day. It celebrates goth subculture with special gatherings held throughout the park.

On select nights May 10 through June 14, there is a special party from 9pm-2am at California Adventure just for high school graduates! Activities include a water and light show, access to Cars Land, a dance party and much more!

Can you believe Disneyland opened on July 17, 1955? That’s over 70 years of welcoming visitors to the happiest place on earth! On this special day, there is usually a birthday celebration. Keep in mind, though, Disneyland doesn’t actively promote this event.

The annual CHOC (Children’s Hospital of Orange Country) 5k Walk gives participants to walk throughout Disneyland Park and Disney California Adventure in an effort to raise money for the CHOC. After the walk, the fun continues at Downtown Disney. 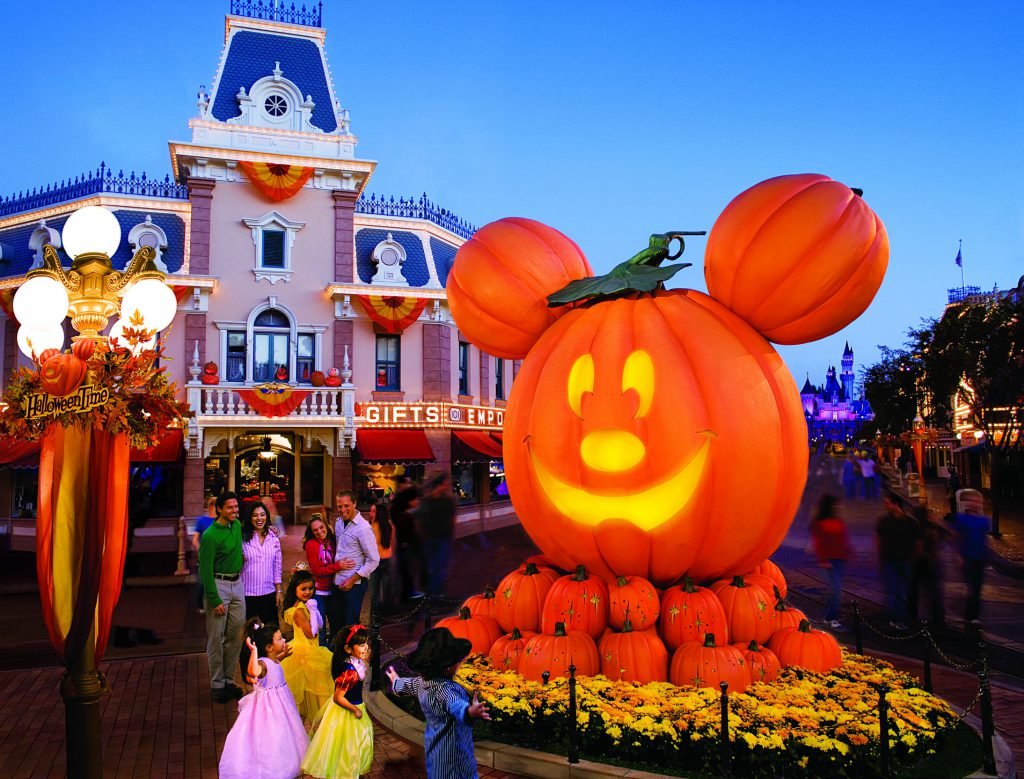 As far as Disneyland special events go, celebrating Halloween is an absolute favorite! Main Street U.S.A. is transformed with hundreds of hand-carved pumpkins and all of your favorite Disney characters, including villains, come out in costumes for meet-and-greets. Disneyland Park highlights also include Halloween themes on rides, including the Haunted Mansion Holiday hosted by Jack Skellington and Space Mountain Ghost Galaxy.

The unofficial Gay Days at Disneyland features meet-ups at both Disneyland Parks and Disney California Adventure as well as the Grand Californian Hotel’s Conference Center. Participants typically wear red shirts in honor of the celebration.

The Dapper Day Fall Soiree gives Disney enthusiasts another day to put on their Sunday-best and hit the parks.

Perhaps the most beautiful of all Disneyland special events, Christmas at Disneyland Resort is an enchanting holiday spectacular unlike any other. Festive Christmas parades, dazzling fireworks, Christmas in Cars Land and a Salute to Holidays Around the World at California Adventure are just a few of the highlights.

Which Event Will You Attend?

Of all the Disneyland special events planned, which are you most excited for? Personally, we love seeing the park decorated for Christmas! No matter when you visit, though, be sure to save on your tickets by purchasing through Reserve Los Angeles. See you at the parks!