Snap Iconic NYC Photos You Can Be Proud Of

New York City sights can be recognized in heartbeat. The Brooklyn Bridge, Empire State Building, Statue of Liberty—these are icons of the City and are some of the most photographed places the world over. Where are the best spots to capture NYC photos? 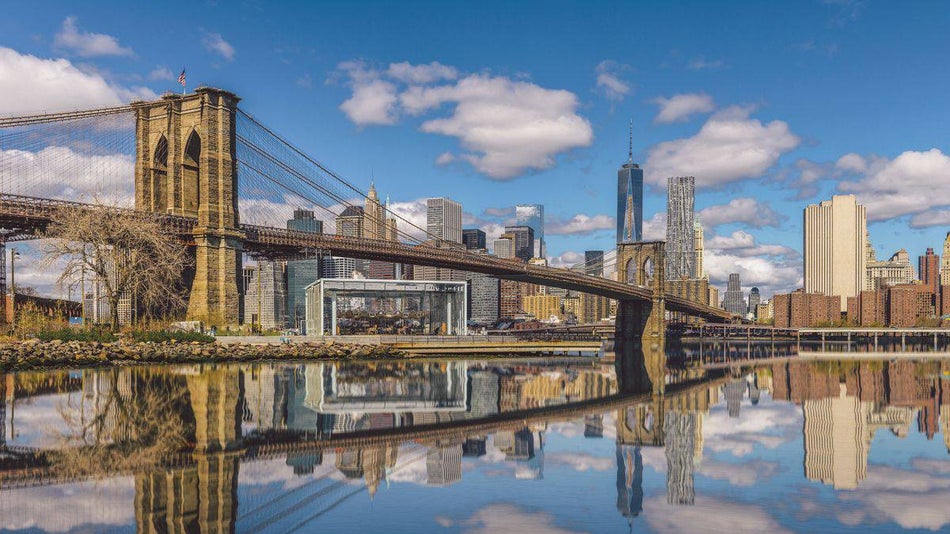 Statue of Liberty
Lady Liberty is the most photographed woman in NYC, and that’s saying something for this fashion mecca teeming with models. The easiest way to get the most vantage points of the Statue of Liberty is with Statue Cruises. Not only can you keep the shutter busy while on the ferry to the island, once you’re there you have all sorts of angles and perspectives to work with. Want to snap share-worthy photos without actually visiting Liberty Island? Hop aboard the Staten Island Ferry. Departing from the Whitehall Terminal in Manhattan, stand on the right side of the boat for the most direct views. Bonus: You can capture the significant symbolism of One World Trade from the back of the Staten Island Ferry.

Central Park
So many camera-worthy choices, so little time. As Central Park covers almost 850-acres, you won’t have time to take all the photos you’d like. (Believe me—I’ve tried.) The absolute most iconic Central Park photo you can snap is of the Bow Bridge. The cast-iron structure has a graceful bow giving it its name. Surrounded by the lake and greenery, you’ll be moved to start snapping photos instantly. The best photos, though, are taken off the footpath and near the lake. Frame the twin towers of The San Remo Building with the Bow Bridge (and a rowboat or two on nice days) for an iconic shot. Three other favorite spots in Central Park for NYC photos? Bethesda Fountain, Belvedere Castle and Sheep Meadow. Go on a Central Park Tour or simply go solo, either way you'll come away with an array of enviable photos.

Times Square
There are photo ops all around at Times Square. From the bright lights of the billboards to New York City policemen on horses to the endless parade of people watching possibilities, your shutter will stay busy. Ideally, visit Times Square right after dark for photo taking. The night sky won’t be fully dark yet, so the lights won’t have such a stark contrast but still totally standout. From a seat on the TKTS staircase, you can compose a variety of images including some super impressive panoramic shots.

Empire State Building
There’s something about being on top of the Empire State Building that makes you feel like you’ve truly arrived in New York. I love going at night, and prefer to take first-timers here before anywhere else as you get a real sense of the size, scope and surreality that is NYC. Skyscrapers like the Chrysler Building and GE Building are easily seen, and you can even get photos of the Statue of Liberty from this vantage point. My favorite time to take photos at the Empire State Building is similar to Top of the Rock. There’s nothing more special than seeing the light of the day fade while the lights of the city flicker on.

Bonus NYC Photos
Two more places you should photograph: the Flatiron Building and Grand Central Terminal. The Flatiron Building is easily recognized due to its triangle-shaped design. Walk north along 5th avenue for the best perspectives and to remove the crowds from your shot. At Grand Central Terminal, the interior of the main hall is the star of the show. Stand on the stairs to compose an image that combines both the clock and the celestial-painted ceiling.