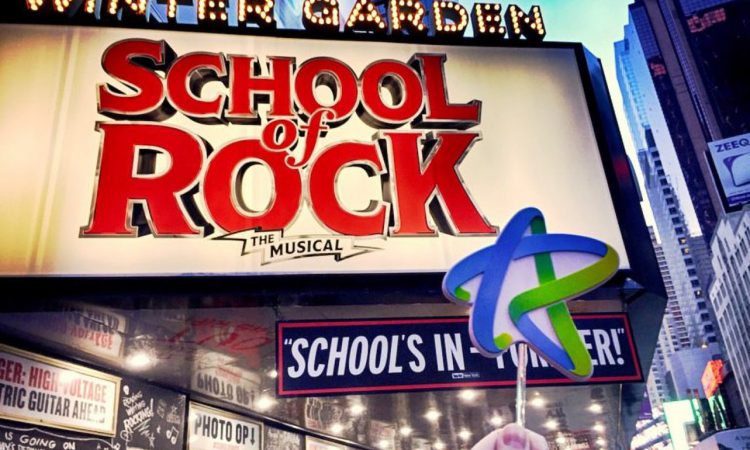 When I was 10 years old, I wanted to play guitar. After months of begging my parents to no avail, I did what any 10-year old would do — I asked Grandma for an electric guitar (she said yes). Fast forward several years later, I can play the classics and strum along. But my measly skills cannot compete with the talented young cast of School of Rock on Broadway.

On my recent trip to NYC, I had the opportunity to watch this face-melting, rock and roll Broadway show. Being from the New England/Tri-State area, I’ve been fortunate to see my fair share of Broadway shows. School of Rock was the first show to truly have me on the edge of my seat the entire time. 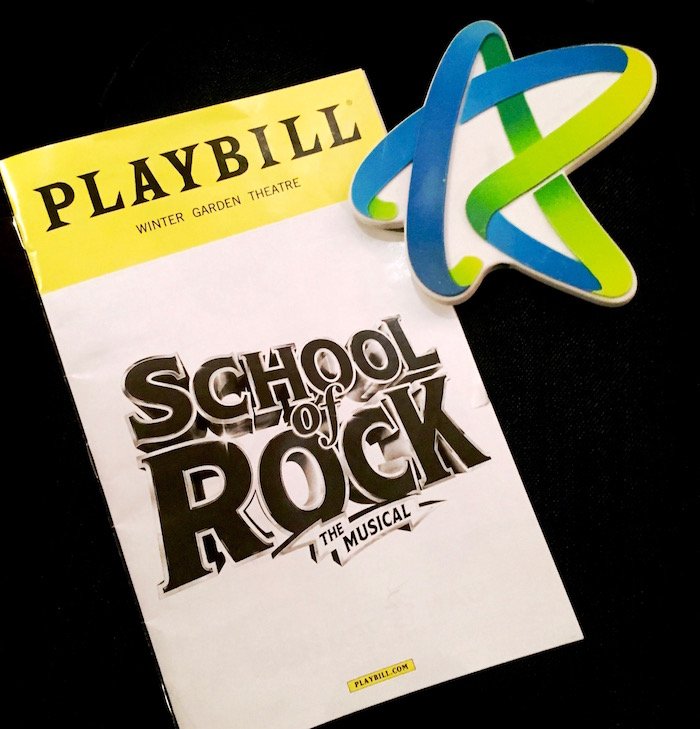 School of Rock on Broadway: The Plot

Based on the 2003 classic film starring Jack Black, School of Rock on Broadway follows rock and roll obsessed Dewey Finn as he impersonates a substitute teacher to pay his rent. With his dreams of performing at the Battle of the Bands demolished, Dewey learns the students in his class are musical geniuses and hatches a rockin’ plan. The show follows Dewey (Oh, wait. I mean “Ned Schneebly”) as he assembles an epic rock band made up of 10-year-olds, aptly named the “School of Rock”.

Since the majority of the world knows the plot to the movie, I won’t bore you with the details. However, the Broadway musical gives audiences a glimpse into the personal lives of the children while the Hollywood film focuses on Dewey’s transformation. It’s this plot line addition that makes School of Rock on Broadway a raw, emotional, and hardcore musical.

For instance, audiences witness the pressure put on a 10-year-old to do well at a private school so he or she can go to an Ivy League school. You watch as parents ignore their children because their job is oh, so much more important. Your jaw drops as you see parents fail to understand who their child truly is inside. It’s absolutely gut-wrenching to see the frustration and disappointment the intelligent children of Horace Greene Prep face daily.

Without spoiling too much of the show, be ready to rock out and happy cry at the same time during the end of Act 2. 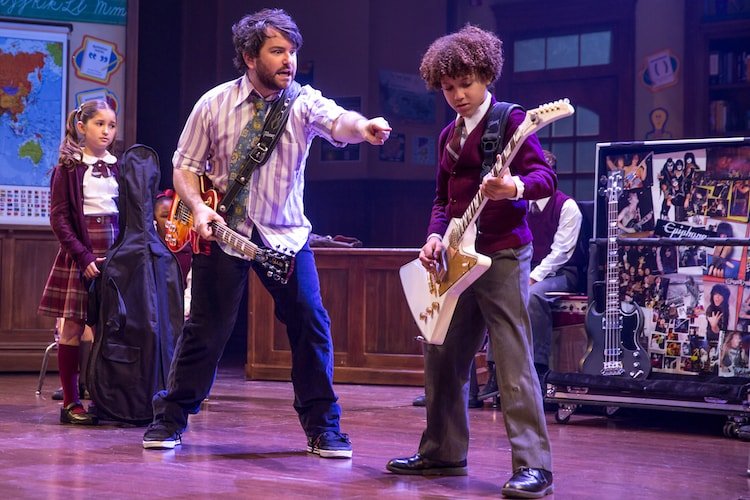 School of Rock on Broadway: The Talent

One of the most common questions asked about School of Rock on Broadway is, “Do the kids really play the instruments?” The answer is a resounding yes. These kids play their instruments better than the majority of celebrity musicians on the radio. Plus, these pre-teens shred on guitars and drum sets, sing difficult musical arrangements, and hit every dance move precisely — all at the same time. There are days where I can’t even tie my shoes correctly…

Don’t believe me? Go get your tickets to School of Rock on Broadway and see what I’m talking about! 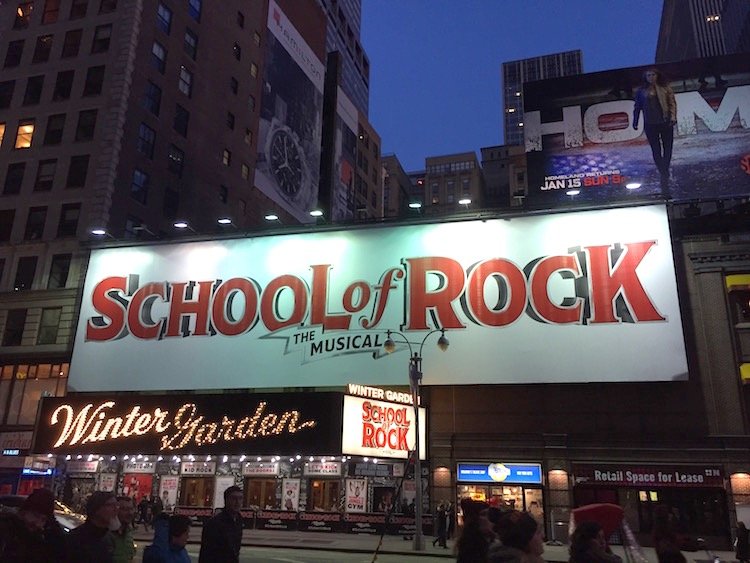 Before hopping on a plane, train, or bus to NYC to see the Broadway show that will melt your face off, read these quick tips:

Check Reserve New York City for Discounted Tickets
To get tickets to a Broadway show in NYC, you have a few options:

Clearly, discounted tickets are the most desirable option. Plus, purchasing Broadway show tickets through Reserve New York City is such an easy process. I brought my Reserve New York City e-Ticket to the box office an hour before showtime and was instantly handed my orchestra level tickets. I had great seats without the stress of waiting in line or emptying my entire savings account.

Dress Appropriately
While the performance is a rock concert disguised as a Broadway show, you still need to dress appropriately. Of course, you don’t need to dress in formal wear, but looking presentable is key. In other words, leave the yoga pants at home.

Understand the Context of the Show
If you plan to bring children to see School of Rock on Broadway, know that the show is based on a PG-13 movie. Just because the show has children in the cast doesn’t mean it’s entirely appropriate for kids.

For parents who want to shield their children from swear words or adult activities such as drinking at a bar, you might want to skip this show and go see CATS. However, if you’re fine with this, you’re an awesome parent that rocks! (Do keep in mind that children under the age of 4 are not permitted in the theater.) 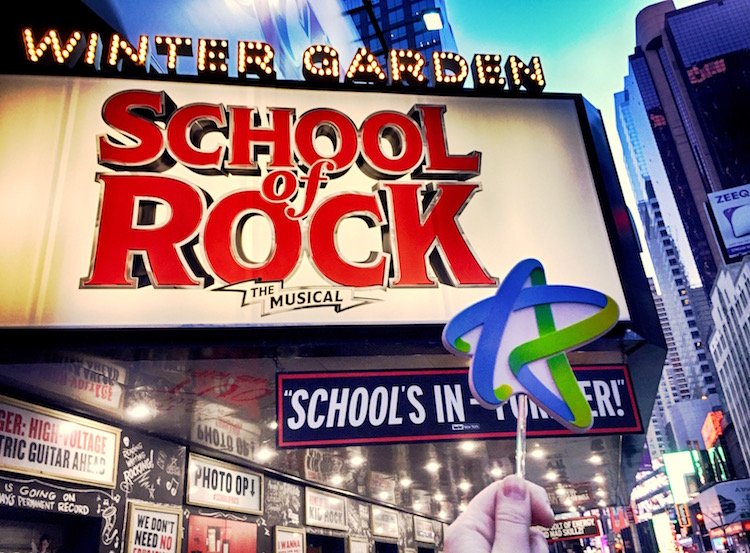 Are You Ready to Rock?

For a lesson on the power of rock and roll, I highly recommend seeing School of Rock on Broadway. From the insanely talented cast to the moving songs you won’t be able to get out of your head, School of Rock is a must-see Broadway show.