There’s an event for everything in LA. You name it, there’s a festival for it.

From pizza to parades, Los Angeles festivals and events celebrate it all.
See what LA events are happening during your trip.

The Yoga Expo
TBA
Center yourself and head over to the Yoga Expo at the Pasadena Convention Center for seminars, yoga sessions, food, and more.

Three Kings Day
TBA
During Disney’s Festival of Holidays, guests can learn about the three Wise Men and how countries around the world honor them.

Lunar New Year at Disneyland
TBA
Celebrate the Year of the Mouse with Mickey, Minnie, and all their friends at Disneyland.

Academy Awards
TBA
Yet another one of the Los Angeles festivals dedicated to its notable film industry, the Academy Awards are held in February each year.

TBA
Come to the most magical place on earth with an appetite! This Disneyland festival features culinary seminars, samples, and marketplaces from around the world.

What food will you try at Disneyland’s Food & Wine Festival?

dineL.A.
TBA
dineL.A. is a celebration of the greater Los Angeles area’s finest restaurants, chefs, and food brands. With hundreds of restaurants to choose from, your taste buds will be satisfied for weeks on end.

Los Angeles Marathon
TBA
Think you have what it takes to conquer the largest marathon on the West Coast?

Nacho Fest
TBA
Sample nachos from around the world. There will be regular, vegetarian, and vegan options as well as entertainment like live music, comedians, DJs, and blow up castles for kids.

Cowboy Festival
TBA
Yeehaw! Saddle up for one of the most interesting Los Angeles festivals planned for 2022.

Outfest
TBA
Organized and founded by UCLA students in 1982, this film festival encourages sharing and preserving LGTBQIA+ stories through film.

Fiesta Broadway
TBA
Although the event celebrates Cinco de Mayo with endless food, activities, and entertainment, it is always held on the last Sunday of April.

Taste endless strawberry desserts & drinks in Los Angeles in May.

Donuts, donuts, and more donuts are at Donut Fest in June!

Related:  10 Los Angeles Tourist Attractions That Are Worth the Crowds

Pasadena Chalk Festival
TBA
See vibrant and illustrious chalk drawings along the roads and sidewalks in Pasadena. The artwork is entered to a contest and judged at the end of the festival. 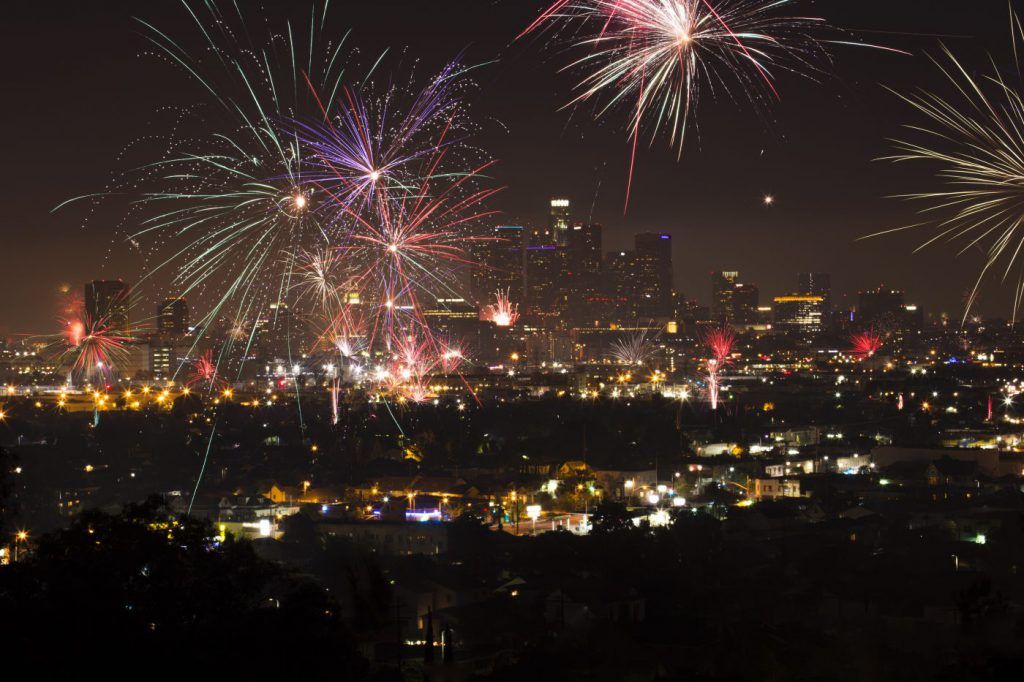 Pageant of the Masters
July 7 - September 3, 2021
Of the Los Angeles festivals scheduled each year, Pageant of the Masters is by far the most intriguing. This living artwork performance recreates notable works of art set to a live orchestra, narration, and state-of-the-art stage design technology.

LA County Fair
TBA
The LA County Fair is one of the most anticipated Los Angeles festivals each year, due to its massive size and selection of entertainment.

Abbot Kinney Festival
September 26-27, 2021
This free street festival has been a local tradition for 36 years. With numerous food trucks, entertainment stages, and kids activities, everyone will find something to enjoy at the festival.

What October events will you attend? Perhaps the Calabasas Pumpkin Festival!

LA Greek Fest
TBA
Each October, this Greek food and wine festival brings the community together for traditional dances, celebrations, and traditions.

CalJam
TBA
Organized by the Foo Fighters, this music festival has an outstanding lineup featuring the biggest bands and artists in rock today.

Halloween Carnaval
October 31, 2021
Spend Halloween on Santa Monica Boulevard with other ghouls and goblins partying the night away.

Learn all about the coffee industry at the LA Coffee Festival.

Enchanted Forest of Light
TBA
See Descanso Gardens lit up as the sun goes down from November through January each year.

LA Zoo Lights
TBA
LA Zoo Lights has quickly become a holiday tradition for many! Each night during the holiday season, the zoo lights up with whimsical displays.

Disney Festival of Holidays
TBA
Discover how cultures and countries from around the globe celebrate the holiday season at Disneyland.

Ring in the New Year in LA.

NYELA
December 31, 2021
Located in Grant Park, NYELA is one of the largest New Year’s Eve celebrations in the city.

Which LA events are you most looking forward to in 2021?