How To Spend The Day at the San Diego Zoo

Come along as I guide you on how to make the most of your day at the zoo.

One hundred aces, 3,700 animals, and over 650 species – this is the San Diego Zoo. A true modern marvel, the zoo is one of the finest in America and should be a part of any San Diego vacations. It's nearly impossible to see it all in one day, so it is best to have a plan of action before you enter the park.

The San Diego Zoo offers a guided bus tour that covers 70% of the park. I suggest hopping aboard this tour to get an overview of the park before you take to the pavement. Tours depart starting at 9 am, and last about 35-45 minutes. The open-air upper deck of the bus has the best animal sightseeing, so try to sit there if you can.

During the tour, you’ll get to see Elephant Odyssey, Africa Rocks, Outback, Urban Jungle, and Northern Frontier. I was impressed with the views of polar bears, giraffes, elephants, and lions. Plus, the tour lets you see some areas of the park you might not have time to traverse to during your day. After all, this park is massive.

The San Diego Zoo is a leader in the international effort to prevent the extinction of these Chinese national treasures. Though very little is known about giant pandas, especially their breeding habits, significant strides have been made thanks to the work of researchers at the Zoo's SBC Giant Panda Research Station. It is thought that there are fewer than 1,600 of these beautiful and solitary creatures left in the wild today. The San Diego Zoo has four pandas, the largest population of the critically endangered giant pandas in the United States. They include female cub Zhen Zhen, adult female Bai Yun, adult male Gao Gao (pictured here) and subadult female Su Lin.

Get an Up-Close Look

Once you have a good overview of the park, it’s time to get an up-close look. Grab a San Diego Zoo map, then head to Panda Canyon.  It is an absolute must-visit as the San Diego Zoo is one of the only four U.S. zoos home to these amazing mammals. Visit this attraction first thing as it is extremely popular. A baby panda born July 29, 2012, currently calls the zoo home too. If that doesn’t make you hightail it here I don’t know what will. Fill your camera with multiple “aww-inducing” shots. Then head to other areas not seen on the tour such as Lost Forest.

There are a lot of winding, hilly trails within this area but it’s worth the trek. I’m absolutely crazy about apes, so the stoic gorillas and acrobatic orangutans were amazing to see. At the time, the orangutan had a baby leading to infinite cute sights. In the Lost Forest, you’ll also want to hit the Tiger Trail. The open viewing areas here provide excellent observation and photographing points. Head to the hippos next. They might be hiding, but look for them. When you find them, you’ll wonder how you missed them as they are some of the largest hippos I’ve ever seen!

More than Just a Zoo

At the Zoo a SkyFari ride is included in your one-day San Diego Zoo tickets. I used it to traverse have the park in 4-minutes, and save myself some walking. Take it to the Northern Frontier to see the polar bears swim and play in their large water enclosure. There’s still a lot to see at the Zoo, but you’re probably feeling a bit tired from all the walking. Luckily, the Kangaroo Express Bus is available in this section of the park. The Express Bus lets you hop on and off at five different stops throughout the Zoo. Just wait at one of the stops for a bus with a green Express banner to arrive, about every 15 minutes. Use the bus to see lions, elephants, giraffes, and more. Don’t forget about the koala bears either! 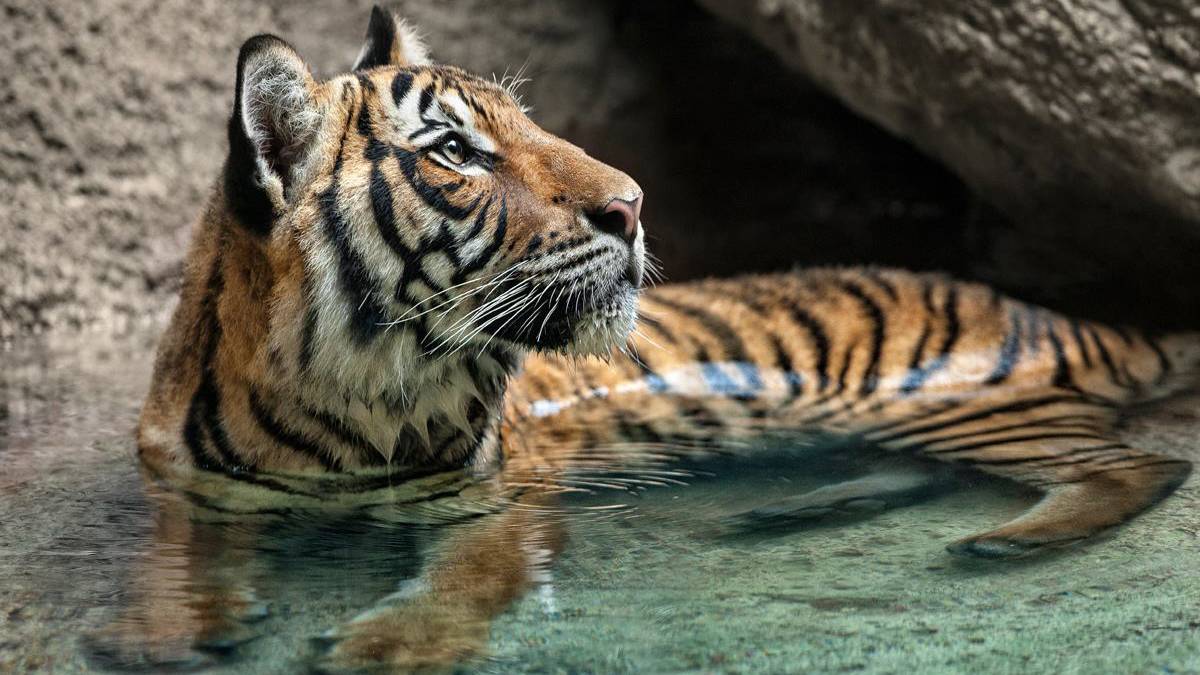 This exceptional Zoo provides an in-depth look at a diverse array of animals. With exhibits designed in a natural form and a lush botanical garden surrounding much of the park, a true habitat-inspired atmosphere thrives. Explore the San Diego Zoo for a closer look at the wild side.

Keep in mind, the earlier in the day you visit the better. The sun won’t be as warm, which many of the animals seek refuge from making them less lively. Plus, the lines and crowds aren’t as bad early in the day so you can get even better views of the animals at the zoo.