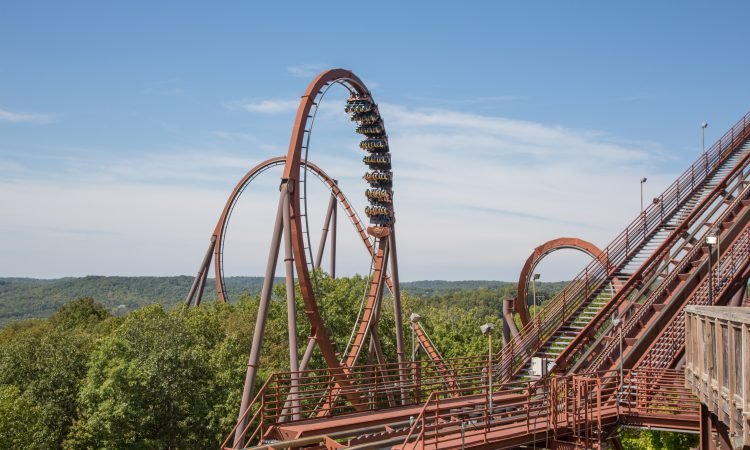 Silver Dollar City excels at keeping things fresh, fun and family-oriented. This spring, the tradition continues with the return of the Festival of Wonder, set for April 8-26, 2020.

Returning for the 2020 theme park season, Festival of Wonder at Silver Dollar City features jaw-dropping and unbelievable acts. Everything from singers, dancers, artists, and acrobats will take the stage.

Get a front row seat for the amazing entertainment and larger-than-life performances for the Festival of Wonder. Every show is guaranteed to WOW! Get a sneak peek at all that’s happening at this spring festival below:

Now a global sensation, The Bottle Boys have garnered millions of views on YouTube and Facebook for their musical talents. Sure to dazzle audiences at the Dockside Theater, The Bottle Boys use bottles and other unlikely interments to give a world-class performance.

Known for their comedy and juggling skills, Jon and Owen of The Passing Zone have opened for numerous comedians like Bob Hope, George Carlin, Jay Leno, and Penn & Teller. Additionally, they’ve been featured on many TV programs such as Hell’s Kitchen, Comic Strip Live, MADtv, and beyond. Awarded five Guinness World Records as well as earning several other prestigious awards throughout their career, they’re sure to be a hit at the Red Gold Heritage Theater this spring.

CirqUnique
Also returning for the 2020 season, CirqUnique features everything from contortionists to extreme pole balancing for an unusual and intriguing performance. The troop has also performed on America’s Got Talent. You’ll find CirqUnique performing in the Silver Dollar City Opera House during the Festival of Wonder.

Eric Haines
Eric Haines brings his one-man, comedic band performance to the Festival of Wonder for a hilariously good time! Check out his comedy performance at the Gazebo this spring.

Food of Wonder: The Festival of Wonder 2020 Menu

What would the Festival of Wonder be without a brand-new food menu? Get ready to marvel at and treat your taste buds to some of the best-tasting food in the Ozarks!

Come hungry and ready to embark on a culinary adventure filled with wonder!

Be sure to add the Festival of Wonder to your Silver Dollar City spring getaway for a fun-filled vacation. With Tripster, you can always stay on top of what’s happening Branson and get the lowest prices on everything from Silver Dollar City tickets to hotel rooms.