A Quick Guide to the Macy’s Thanksgiving Parade

Use this quick guide to the Macy’s Thanksgiving Parade for a memorable holiday experience in NYC.

However, watching the parade from the comfort of your home and going to NYC to attend the parade are two completely different experiences. Those who want to experience the parade in person need to plan ahead and be ready for an experience unlike any other.

Get a Sneak Peek of the Macy’s Thanksgiving Parade

Make some of your best parade memories before the parade even kicks off! You can watch the parade balloons being blown up the day before the Macy’s Thanksgiving Parade. From 3:00pm to 10:00pm between 77th and 81st streets between Central Park West and Columbus Avenue, you can watch as parade staff and volunteers bring your favorite characters to life.

From Kermit the Frog to Snoopy, they’re all ready and waiting to march the night before the parade begins.

To find the perfect parade watching spot, you need to know the parade route. The parade route begins at 77th Street and Central Park West. It heads south on 77th until it reaches Columbus Circle, where it turns east onto Central Park South.

In the past, the parade has marched down Broadway at this point on the route and many people still believe that it does to this day. Don’t make the mistake of finding a spot on Broadway, or you’ll miss the entire parade.

While marching down Central Park South, the parade then turns onto 6th Avenue and heads south. From there, the route marches from 59th Street to 34th Street. Upon reaching 34th Street, the parade route turns west and concludes by marching into Macy’s Herald Square.

Knowing the parade route will help you map out the perfect spot for your parade experience. Typically, the areas near Central Park and Columbus Circle will be the most crowded. The reserved grandstand areas are in this location as well as major news networks. The best spots with fewer crowds will be anywhere along 59th Street to 34th Street on 6th Avenue.

Download the Macy’s Thanksgiving Parade app a few days before you visit to establish a game plan. The app features everything from the parade route to the lineup of performers. 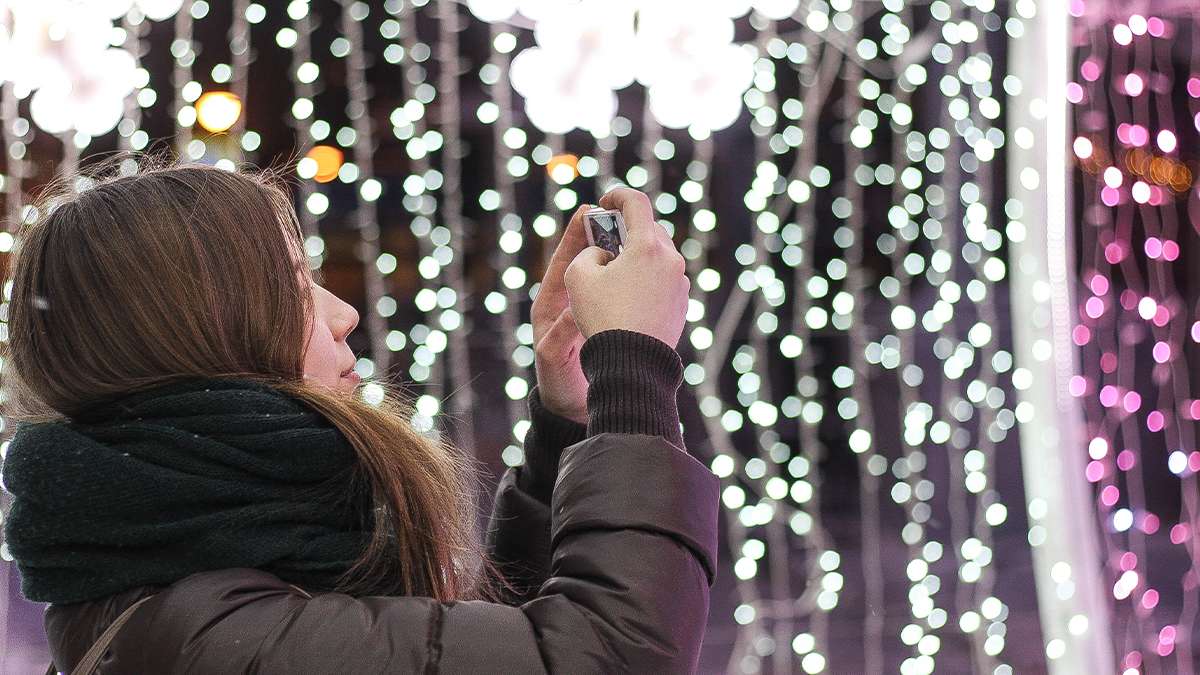 Wear a Lot of Layers

Take this message to heart - November in NYC is cold! Between the wind barreling through the streets, the potential for snow, and the frigid temperatures, you will be freezing — especially if you’re not used to this type of weather. I grew up with this weather and I still think it’s freezing cold!

I recommend wearing the following items:

The Tri-State area can have unpredictable weather. One year, it can be beautiful weather with plenty of sunshine to keep you almost warm. Other years, it can feel like you’re trapped in the arctic. Look at the weather forecast and plan, plan, plan!

What to Bring to the Macy’s Thanksgiving Parade

Aside from yourself and plenty of layers, you’ll want to bring the following items with you to the Macy’s Thanksgiving Parade:

Get to Your Spot Super Early

Parade audiences stake out their parade spots earlier and earlier every year. Some of the more invested individuals even camp out overnight. I’d recommend getting to the area between 6:00 am and 7:00 am at the latest to find a spot. After this time slot, the crowds start pouring in and it becomes nearly impossible to move or find a spot on any of the parade route streets.

Remember, many roads will be shut down to make way for the parade. To get to the parade route, taxis will be able to bring you as close as possible without interfering with the parade. Your best bet is the Subway system or walking to your chosen spot.

Keep in mind that while getting there early will secure you a fabulous spot for the parade, you will be in that spot for hours before the parade begins at 9:00 am. Bring your breakfast, take a bathroom break before scoping out your spot, and get ready to … wait.

Enjoy the parade from the warmth and comfort of an NYC hotel booked with Tripster NYC.

Watch the Macy’s Thanksgiving Parade from an NYC Hotel

Seeing the Macy’s Thanksgiving Parade in person is an unforgettable experience. However, not everyone is a fan of the cold weather (that would be me). One solution to this predicament is to watch the parade from an NYC hotel room that faces the parade route.

You can kick back, order room service, and enjoy the parade right from one of NYC’s towering and luxury hotels. Hotels with a view of the parade can be pricey - but absolutely worth it! See if you can book a parade-facing room in one of these NYC hotels:

Go Sightseeing the Day Before or After the Parade

Several Manhattan and NYC businesses and attractions close for the Thanksgiving holiday and to avoid the chaos of the parade. If you plan to spend a Thanksgiving vacation in NYC, make sure you complete your sightseeing the day before or after the parade. Purchasing a New York City Explorer Multi-Attraction Pass is one of the best ways to save money while seeing all of the top attractions in the Big Apple!

I recommend using Thanksgiving day to watch the parade, make lunch and/or dinner reservations (well in advance, of course), and enjoy a stroll through the city to walk off your Thanksgiving Feast.

Get Ready for the Best Parade You’ve Ever Seen

There’s no doubt that the Macy’s Thanksgiving Parade is one of the best - if not, the top - parade you’ll watch during your lifetime. Between the celebrities, the floats, and the gigantic character balloons, it’s absolutely magical.

To best prepare for the Macy’s Thanksgiving Parade, book your hotel room and reserve your tour and attraction tickets with Tripster New York City. On top of the discounted prices, you’ll skip the lines entirely and spend more time enjoying your vacation in the Big Apple.