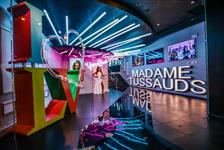 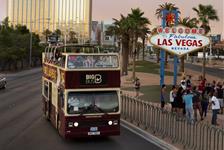 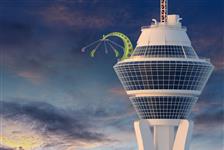 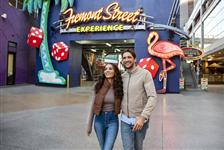 Check out our other great Las Vegas Things to Do.
View All Things to Do
Need Help? Contact Us!

We know the barren desert doesn’t seem like a place you would want to go, but the mountain-like dunes and incredible views have people coming back again and again! DETOURS wants to make sure your day at Death Valley National Park is perfect, so they provide hotel pick-up, a tour guide who will keep you on track, and many other conveniences! Do not leave Las Vegas without making this trip.

from Ashley, one of our Las Vegas Travel Experts
Read More

from Death Valley National Park Day Trip
A favorite of many tour guides, Death Valley is referred to as “Mars on Earth”, with the amazing diversity of this park often under-appreciated. There is twice the depth of the Grand Canyon between Badwater Basin and Telescope Peak, seen together during your tour of Death Valley.

From peaks to salt flats to amazing colors, Death Valley has many faces. Along with the legendary landscape, there is a long and lively human history that brings personality and reality to Death Valley. Early pioneer explorers, Scotty’s Castle and borax mining have inspired many entertaining stories of Man vs. Mother Nature. The basin that Death Valley lies in is quite diverse in that the occasional rainstorm brings with it large patches of wildflowers, and the mountain peaks surrounding the valley are consistently snow-covered each winter.

Today’s guided tour offers approximately four hours in the National Park. A stop at the Badwater salt flats marks the lowest point in the Western Hemisphere, at approximately 280 feet below sea level. The Badwater Salt Flats also boasts the hottest recorded temperatures on earth, taken in 1913. A tour to the oldest structure in Death Valley, the Borax Museum at Furnace Creek Ranch, is also highlighted on this trip.

Photo stops at Artist Palette and Zabriskie Point badlands, along with views of 20 Mule Team Canyon, and the Funeral and Black Mountain Ranges will round out the tour. On our return to Las Vegas, we journey through Death Valley Junction, home of the Amargosa Opera House and Hotel. Built-in 1923-1925, the opera house did not blossom until Marta Becket made it her home and her canvas. As an actress, opera singer, painter, and builder, evidence of Marta’s hard work still exists in this National Historic Building.

Cancellation Policy:
Tours canceled within 48 hours of departure will be charged in full.

Notes:
A minimum number of guests must be met for this tour. You may be booked on stand by until the tour is confirmed.
This tour can also be operated as a private tour. Contact a tour specialist for details.
Read More 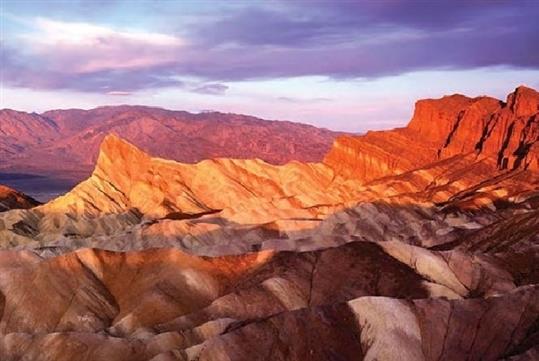 Have you been to Death Valley National Park Day Trip ? Share your knowledge and be the first to review this.
Write a Review
Back to Top

How long is the tour?
The tour lasts approximately 10 hours.

What should I wear?
We recommend closed-toed shoes year-round. During the winter, we recommend layers, long pants, winter coats, gloves, and hats. During spring and fall, we recommend a light jacket and a hat.

What kind of lunch is provided?
We provide a boxed lunch with choices of different sub sandwiches and includes mayo/mustard, chips, and a cookie. The office staff will be in contact with you after you book your reservation and provide you with our meal options.

Are any of your tour guides bilingual?
Yes! We have guides that speak Spanish, German and Japanese. Translators are also available in Italian, French, Chinese and Swedish.

Is smoking allowed on the trip?
All DETOURS vehicles are smoke-free.

Is transportation included?
Hotel pick-up is provided from most hotels in the Las Vegas area.

What if I miss my pick-up?
We will work with you on the next day’s tour, if available; however additional fees may apply. Please call DETOURS of Nevada if you miss your pick-up.

When should I be ready for pick-up?
Pick-ups for this tour starts at approximately 6:00 am. We ask that you plan on being ready at the pick-up location 5-10 minutes early.

Is the tour wheelchair accessible?
Unfortunately, our vehicles were not designed to accommodate wheelchairs. Guests should be able to walk up 3 steps into the vehicle on their own with the help of a companion.

How much should I tip the guide?
20% is customary and graciously accepted.

Can I bring my own snacks and drinks?
Yes, except for alcoholic beverages.

Are there charging ports for cell phones in the vehicle?
No, we recommend bringing a portable charger for your electronic devices.

Is there WiFi in the vehicle?
No, and during parts of the drive, there may be limited cell phone service.

Are there bathrooms in the vehicle?
No, but the guide will make multiple rest stops along the way through and can stop at the nearest rest stop at the request of a guest.
Back to Top