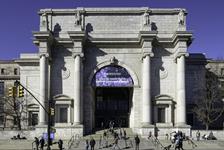 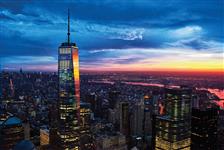 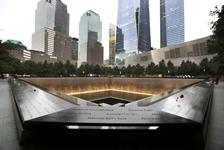 All Around Town Bus Tours is not currently available.

One of New York City’s breathtaking guided tours, the All Around Town Tour presented by City Sights NY offers an exciting and educational experience for visitors to the area. Guests can ride in a classic red, double-decker bus to see uptown, downtown, Brooklyn, the Bronx and more to see iconic attractions like Hell's Kitchen, Central Park, Carnegie Hall and Lincoln Center.

from All Around Town Bus Tours
See the whole city and enjoy maximum flexibility with the Gray Line CitySightseeing New York All Around Town Tour – a hop on/hop off tour aboard our double-decker buses that gives you easy access to the Downtown Tour, the Uptown Tour, the Brooklyn Tour. the Night tour, plus our Hop-on, Hop-off Sightseeing Ferry, along the NYC waterfront, and free admission to the Museum of the City of New York OR New York Historical Society Museum. Also included isThe Eat and Play Card, a NYC vacation savings program, providing exclusive access to savings on dining, attractions, entertainment, shopping and more. Each card is valid for up to 4 people and can be used again and again for the duration of an entire NYC stay.

All Around Town Tour offers the best sights in Manhattan with hop-on, hop-off service at over 50 stops and connecting transfer points to switch from one tour loop to another:

Bronx Tour: The Bronx – known at “da Bronx” – birthplace of hip-hop, tap dancing and breakdancing; home to the Grand Concourse (1909) modeled on Paris’s Champs-Elysees and Yankee Stadium. The tour begins at the Grant’s Tomb. En-route to the Bronx you will view more neighborhoods of Harlem and Upper Manhattan. Your tour guide will provide information about the history, culture and diverse population of the Bronx. At Yankee Stadium, you can hop off to see the 27-time baseball World Series Champions, the New York
Yankees.

OR
Museum of the City of New York: The Museum of the City of New York embraces the past, present, and future of New York City and celebrates the city’s cultural diversity through rich collections, a lively schedule of exhibitions and an array of programs for adults and children. The Museum is dedicated to fostering an understanding of New York’s
evolution from its origins as a settlement of a few hundred Europeans, Africans and Native Americans to its present
status as one of the world’s largest and most important cities.

Value-added Eat and Play Card included: The Eat and Play Card is a NYC vacation savings program, providing exclusive access to savings on dining, attractions, entertainment, shopping and more. Each card is valid for up to 4 people and can be used again and again for the duration of an entire NYC stay.

Do as little or as much as you want. Explore at your own pace. This tour is all about giving you everything and then letting you pick how much you want to experience–and when and how you want to do it. You’ll get the expertise of licensed guides and the flexibility of our hop on/hop off excursions, so you can explore any area on your own whenever you like.

Your total tour length varies based on the route. We have 5 routes. The times, listed below, do not include optional time spent off the tour bus at hop-off locations:
Downtown: 2.5 hours
Uptown: 2 hours
Brooklyn: 1.5 hours
Night Tour: 2 hours
Sightseeing Ferry: 1.5 hours

Our double-decker buses run every 15-30 minutes. Please be advised that times can vary due to New York City traffic, particularly during rush hour.

Voucher can be redeemed at Gray Line CitySightseeing New York Visitor Center inside Ripley's Believe It Or Not, 234 W. 42nd Street in Times Square (between Broadway & 8th Avenue) between 8:00AM and 8:00PM.
Read More 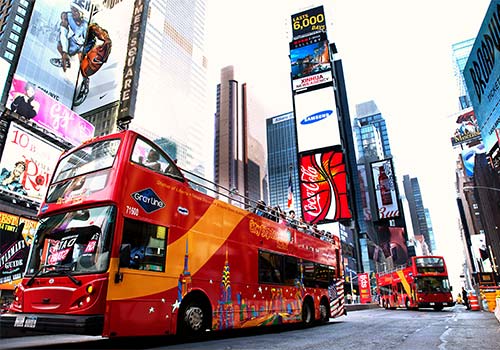 All Around Town Bus Tours Reviews

Have you been to All Around Town Bus Tours? Share your knowledge and be the first to review this.
Write a Review
Back to Top

Frequently Asked Questions about All Around Town Bus Tours

Where do I redeem my E-ticket?
Please go to the visitor center located at 234 w.42nd street between 7th & 8th avenues, inside the lobby of Madame Tussauds, the wax museum.

What does Hop on Hop off mean?
Hop on/Hop off means you can hop off the bus at any one of its stops (stop locations are listed on map), walk around as much as you like then hop back on the next bus at one of its stops. You have unlimited hop on/ hop offs during the specified hours for each tour. Buses run every 15-20 minutes.

What if it rains?
The tours operate open-decker buses on the Downtown and Night Tours so everyone can have the best views of the city. Ponchos will be provided when it is raining. During cold weather periods, the company has designed a removable canopy constructed from a clear, see-through material, allowing both warmth and complete visibility.

Will my ticket expire?
Yes, your time starts when you redeem the E-ticket. Tickets will expire if not used within the hours.

What if my child is under 3 years old?
Children under 3 years of age, accompanied by an adult and not occupying a seat, travel complimentary on the tours.

What does VIP Access include?
The VIP pass allows you to bypass the line at some of the busiest spots. The means you get to board the bus first and choose where you want to sit before anyone else. You can skip the reservation line at the Hard Rock Cafe - Midtown. Receive a 10% discount off your check at Heartland Brewery (Union Square, Radio City, Times Square, Midtown West, Empire State and HB Burger). Skip the line at Dave and Busters midtown and $5 VIP Power Card. Receive 15% off Gotham Photo at CitySightseeing Pier 78.